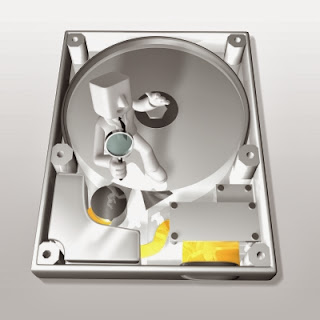 It was revealed in October of 2013 that engineers in Florida broke the 2D limitations of magnetic hard drive storage and have moved to 3D, which would enable them to have 100TB / Terabytes + of storage soon.
In simple language, it's basically a new hard drive platter which would write and read 3D magnetic data.

These 100TB hard drives will be out any time between 2013 - 2015 for normal users to own. Everyone loves a larger space on their hard drives, but then the question arrives for safety and backups. Depending on a single source for 100TB of data might sound crazy in 2013 since most people barely manage 5 TB without some data loss. Imagine the loss when one day you switch your computer on and see your 100 TB drive dead. All this might sound crazy right now but surely this is nothing different from past when 500GB or 1TB drives were introduced, some 10-20 years back, it was a huge amount of storage but now 500GB can be considered a medium or low storage. Most pc users won't want to go below 750GB or 1TB for storage. With that being said, the risks with 100TB would be bare minimum if any, and hopefull users will enjoy their 100TB of storage.
Posted by Unknown at 14:22