Indeed, the long waited DayZ standalone has been released today!

You can now buy the early alpha access here > http://dayzgame.com/

As of this moment, there are already 16000+ survivors!
I'm currently downloading it, you can expect some videos soon, stay tuned and check our YouTube Channel for DayZ first look videos.
Posted by Sethioz at 14:04 No comments:

This is about the bug that occurs in Far Cry 3 PC game. It's also known as "Far Cry 3 Infinite loading / long loading" where it takes 5 - 20 minutes for game to load up, while it's not actually doing anything. This is some problem with uPlay .. as far as i know.
I think that mostly it happens to people who use cracked version, however i've heard legit versions having same issue. There are lot of topics on google if you search.

Here's a fix that worked for me:
- Launch Far Cry 3 and wait until it gets stuck (10-20 seconds after launch)
- Open your task manager (alt+ctrl+del > task manager)
- Locate "WmiPrvSE.exe" and kill that process. (highlight and press DEL or right click on it and kill)
- If it re-opens itself, keep killing it, until Far Cry 3 gets past that loading bug

I've also seen some topics where people say it doesn't work, well i can't help you there, because it worked for me. I think it didn't work for them, because process re-opened itself.
Posted by Sethioz at 11:29 No comments:

Here's a Realistic/Real Damage mod for F1 2013 PC Game! Something that developers should have done in the first place, however it only works in single player.

This is the kind of carnage you can expect on Level 5 damage, however it is freely editable and you can make it even crazier!

NOTE - You can't play online with this mod! This is why you must make a backup of original file and restore it when you want to play online.

No, it's not fake, famous actor Paul Walker, who is mostly known as Brian O'Conner from the Fast and Furious movies, died on 30th November in a car crash with his friend Roger Rodas who was driving his 2005 year Porsche Carrera GT. Apparently Roger lost control of his car and crashed into tree / light post in Valencia, Santa Clarita, California, shortly after crash car started burning and fire got out of control. .. very unfortunate, but this is one of those rare cases where car bursts into fire due crash.
I'd like to add a personal note about super sports cars here (read it below).

Police suspects that they might have been racing / drag racing another car/s, but police was unable to find any evidence that there were any other vehicles involved. Police said that crash happend at a high speed and most likely that was the fatal factor (again, read my note about super sports cars below).

There are lot of rumors that on the scene there were lot of skidmarks and some say they were probably trying to show off, hard to say.

Personal Toughts
You see world is always the same, look at the people who make movies, how they add notes and warnings, such as "DO NOT try the moves seen in movie in real life", "if you like to race, take it to your local track with proper racing equipment and always wear helmet", "All moves seen in this movie are performed by professionals and in controlled environment" ..etc .. and the very same people who act in the movies are the ones who break those rules, if you make a rule, do not make it because of others, make it for yourself! ..and then explain to others, why you made that rule.

That also proves what i already know, just because someone is famous, does not make them better than others (better driver / racer). In fact i don't think that F1 pilots are good either, they just got lucky .. i'd smoke them any time, any place, i've had lot of racing experience myself, in fact i've done lot of stupid / crazy stuff with cars myself, including street racing @ 220km/h+ in city. All it takes .. is small mistake and you end up like they did.


Note about super sports cars
Here's something i'd like to mention about super sports cars. My friend has a Ferrari F430 Spyder (2009 model) project (it was burned down when he bought it, he is restoring it), before that he had another Ferrari (not sure what model it was, 2005 something) and unfortunate thing happend to that Ferrari, namely it burned down in middle of city! He wasn't in it, he stepped out to go into shop and shortly after that it started burning so bad that it was impossible to put out the fire without firefighters, but by the time they got there, it was too late for the car.


So what i'm saying .. is that Ferrari's catch fire very easily (and i assume so do other similar cars, because they are basically copies of eachother).
and reason for that is simple, when i saw his Ferrari project (i worked on it myself for a while) i realized why they burn down so easily, fuel lines are made of rubber (or something similar) and they're very, very close to engine (parts that get really hot), so when engine gets hot and cools down ..etc .. happens what physics says is going to happen, rubber breaks when it gets hot and cools down many times, it cracks open and fuel trips straight onto hot engine and that is enough to light the fuel .. and there's your reason why such cars catch fire even out of nowhere.

All super car developers .. learn to make a fucking car ! Keep fuel lines as far from engine as possible .. well yeah at some point fuel needs to get into engine, but there are safe ways of doing it. Learn from mythbusters or something ..
They probably do it like that, to win in car's weight, they use light materials over copper or some other metals that are used in normal street cars, but is it worth it?
Posted by Sethioz at 10:41 No comments:

How I met your Mother: The Rehearsal Dinner | Season 9 Episode 12

After a very very bad filler episode last week full of rhymes, this week we return to the awesomeness HIMYM is famous for - Barney Stinson.

In brief, the episode covered The Rehearsal Dinner of Barney and Robin as the title says, had no appearance of the mother and had more focus on Robin. The episode also had Lily telling Robin and Ted that Marshall has taken the job for the Judge and now they cannot go to Italy. The song sung in the episode was better than all the rhymes combined from the previous episode. 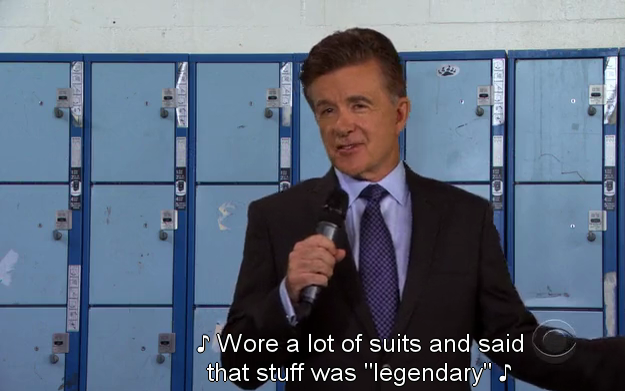 All in all, it was a great episode to be the mid season mark of this final season, hopefully in the next 12 episode we get to see the Mother more than usual because honestly, the show is all about her and everyone would be disappointed if even in the end of the show we don't know much about her.